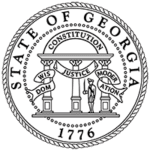 Under O.C.G.A. § 16-13-49, the State of Georgia, acting through the District Attorney’s Office for the county in which the property may be found, may bring legal proceedings in which they attempt to take, or seize, the property of persons accused but not convicted of, certain crimes. This is a very powerful and persuasive tool which law enforcement has begun using with far greater frequency than it had even several years ago.

Most asset forfeiture cases arise soon after a defendant is charged with a violation of Georgia’s controlled substances act. Additionally, those who have not even been charged with such offenses may find themselves having to defend such cases because they jointly own or allow someone to use property that has been charged. Similar to the relationship between the criminal DUI prosecution and the administrative license suspension, asset forfeiture is a civil case that proceeds at the same time and independently of the criminal offense alleged. In this case, the government is not looking to suspend your driving privileges; it is looking to seize and retain your property. This property includes homes, cash, entire bank accounts, vehicles, family heirlooms, and the list goes on.

Also like the ALS procedure, the property owner has to file a legal Answer within 30 days of being served with certain paperwork. If a legally sufficient and timely Answer is not filed within those 30 days, the State will ask the Court to issue an Order declaring that it is the new and legal owner of the property.

Additionally, the owners do not enjoy the same constitutional protections that defendants in criminal cases do. They can not request a jury trial, are not entitled to most evidence prior to the hearing and, most importantly, do not have the right not to be called as a witness against themselves. This means that a property owner who is also a criminal defendant may be forced to choose between defending his or her liberty or property.